What are impacts of multiple, potentially interacting climate change factors?

As climate change continues, species are likely to respond directly to alterations in multiple environmental conditions and indirectly to shifts in species interactions. With funding from the National Science Foundation (2018-2021), we are using novel, field-based approaches to simulate warming and CO2 enrichment in tide pool systems in collaboration with the Bracken Lab at UCI, Kroeker Lab at UCSC, Miller Lab at SDSU, and the Sitka Sound Science Center. Results from a short-term experiment suggested that warming and CO2 interact to influence productivity and that ecosystem-level responses emerge before changes to community composition (Sorte & Bracken 2015). In 2019 and 2020, we are running longer-term (6 month) climate manipulations to assess impacts from the organismal to ecosystem level and mechanisms underlying those changes. For updates on this project, please search twitter for #SitkaNSF

Will climate change increase the impact of invasive species?

Invasive species have had large ecological and economic impacts worldwide and, with climate change, are one of the primary threats to global biodiversity. We are collaborating on an international project (led by Montse Vila and funded by NSF/Biodiversa 2019-2021) to understand and manage invasion impacts on biodiversity and ecosystem functioning. Project Scientist Amy Henry is leading efforts to conduct EICAT (Environmental Impacts Classification of Alien Taxa) risk assessments of non-native invasive species and native species that are shifting their ranges under climate change. We are also addressing the potential for climate change to increase invasive species impacts in an international working group led by PI Sorte (and initially funded by the Borchard Foundation; 2015-2016) that has met annually since 2015. 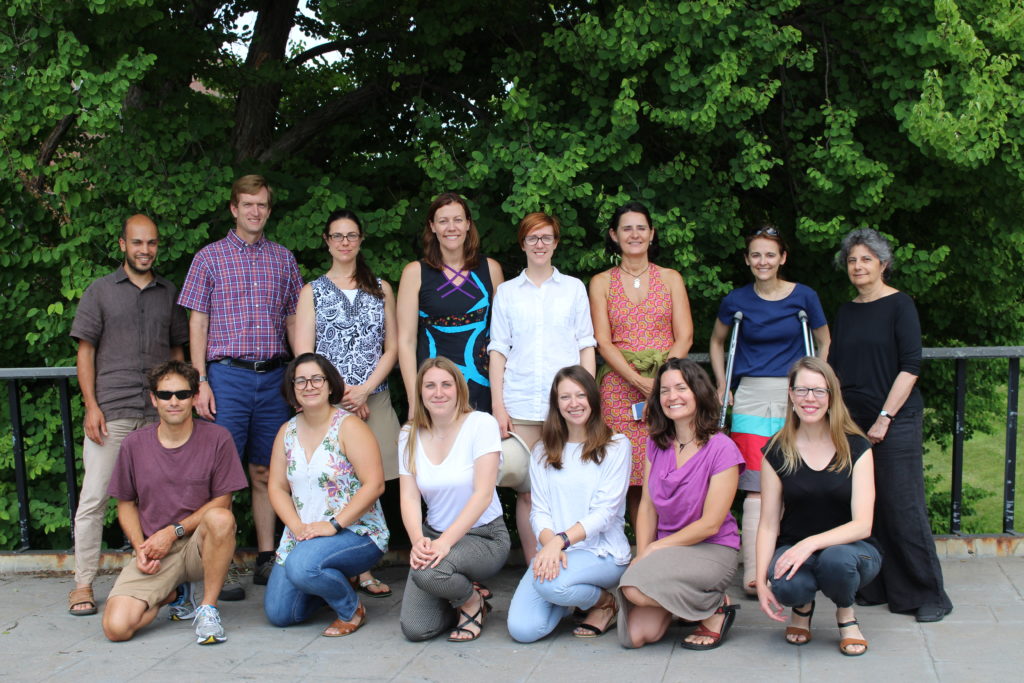 PI Sorte’s Ph.D. research tested the hypothesis that climate change favors non-native over native species. Results of historical comparisons, field observations, lab mesocosm experiments, and population and competition modeling indicated that non-natives are likely to become even more dominant in a marine epibenthic ecosystem as ocean warming continues (Sorte et al. 2010a, Sorte & Stachowicz 2011, Sorte & White 2013 & projects by MS students: Sorte et al. 2010b, Zerebecki & Sorte 2011, Cockrell & Sorte 2013). As a postdoctoral scholar, PI Sorte led a National Center for Ecological Analysis and Synthesis working group (2011-2012, with Jeff Dukes – Purdue and Josh Lawler – UW) that addressed this hypothesis in a cross-ecosystem context. Products from this group included the first cross-ecosystem meta-analysis of climate change effects on performance of native versus non-native species (Sorte et al. 2013) and are listed at the NCEAS link above and provided as links on the Publications page.

Ph.D. student Sam Mahanes is focusing on the ecosystem roles and vulnerability of the dominant alga in the Sitka, AK tide pool system, as the interactions and responses of this species could leverage overall community responses to climate change. Ph.D. student Piper Wallingford is combining community ecology and biogeography in her work, aiming to predict the effects of warming on distributions of predator and prey. Her research on a range-shifting carnivorous whelk was recently profiled by our Orange County newspaper.